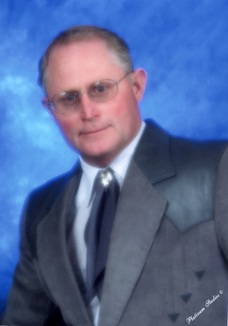 ...retired US Air Force Master Sergeant, & owner of Artistic Conquests, LLC, began his art career in 1984 while stationed at Hill Air Force Base, Utah.  There, a number of his paintings were awarded Grand Prize, Public Choice, Best of Show, & the Director’s Purchasing Choice awards in art contests & shows throughout the Pacific Northwest.  Duane’s paintings were also sold on public television fund raising events, & in 1985 he was invited to the Northwest Territorial Art Show in Leavenworth, Washington where he was sponsored as one of three unknown artists.  At that time, noted Northwest artist, Don Crook, also selected several pieces of Duane’s work to be displayed in his Yakima, Washington art gallery.

1980’s:
While stationed at R.A.F. Lakenheath, England, Duane received approval from the Royal Wedding Committee to do a painting for Duke & Duchess of York, Prince Andrew & Sarah Ferguson’s wedding, in which he painted a 20x30” Canadian mountain landscape & an 8x10” miniature castle scene as the wedding card.  In return, he received a personal thank-you note from the royal couple.

That same year, Duane was asked to paint a 9x11’ backdrop for NASA Astronaut Don Lind, the Payload Commander of the Orbiter Challenger.  The backdrop, featuring astronomical scenes was used as the background during the remainder of Commander Lind’s European speaking tour.

While in England, Duane had the opportunity to teach elementary students basic painting skills at the Department of Defense’s R.A.F. Feltwell School.  At an R.A.F. Lakenheath art show, he won both Best of Show & First Place awards, & was highlighted in the Air Force Times newspaper & featured as the cover story of R.A.F. Lakenheath’s Jet Forty-Eight magazine.

1990 - 2000’s:
While stationed at Holloman Air Force Base, New Mexico, Duane entered the Sixteenth Annual National Miniature Art Show at La Luz Gallery & won three Collector’s Choice awards.  New Mexico is where he learned about traditional Navajo sand painting, in which he then developed his own technique for semi-relief sand sculpting.  Duane has won several awards in this medium throughout the years.

Duane also displayed a number of his semi-relief sand sculptures in the John Clymer Art Gallery’s Christmas show, in Ellensburg, Washington in 1999.

In 2007, he won Third Place in the US Army’s world-wide art competition for his 18x24” elk semi-relief sand sculpture, titled “Wapiti.”

In 2015 & 2016, he was awarded juried positions in both the annual Virginia Beach Neptune Festival Art & Craft Show & the Annual Dismal Swamp Art Festival in Chesapeake, Virginia.

Present:
Duane’s art has been, & is currently featured in business offices, restaurants, libraries, resorts, galleries, & many homes, to include five paintings in the Pentagon, & is featured in art galleries & shows throughout Eastern Virginia.  He has sold over 500 paintings, most of them consignment orders.

​He is not limited to any one particular medium or category, but works primarily in oils & sand.  Other than canvas, his work can be found on old logging saws, wooden slabs, & tabletops.  He also does hot glass sculpture, or lampworking, woodwork, to include military shadowboxes, presentation plaques and awards, & framing.